On June 1st-2nd, 2019, sponsors Cyclop Pool Balls, Poison by Predator Cues, APA of North Harris County, Vapor Fiend, and Outsville Billiards, facilitated another successful event for the Gulf Coast Women’s Regional Billiards Tour, paying out $1,540 in prize money, for the two-day, $1,000 added women’s 9-ball event. This marked the Tour’s third and final event of the 2019 season, at the famous Slick Willies Family Pool Hall, located at 5913 Westheimer, in Houston’s upscale, Galleria area. The Gulf Coast Tour would like to thank the Slick Willies Corporation, and Director of Operations, David Kimmey, for hosting this season. The sixth stop on Tour will be held July 6th-7th, at Big Tyme Billiards, located at 100 Cypresswood Drive, Suite G, Spring, Texas, 77388. 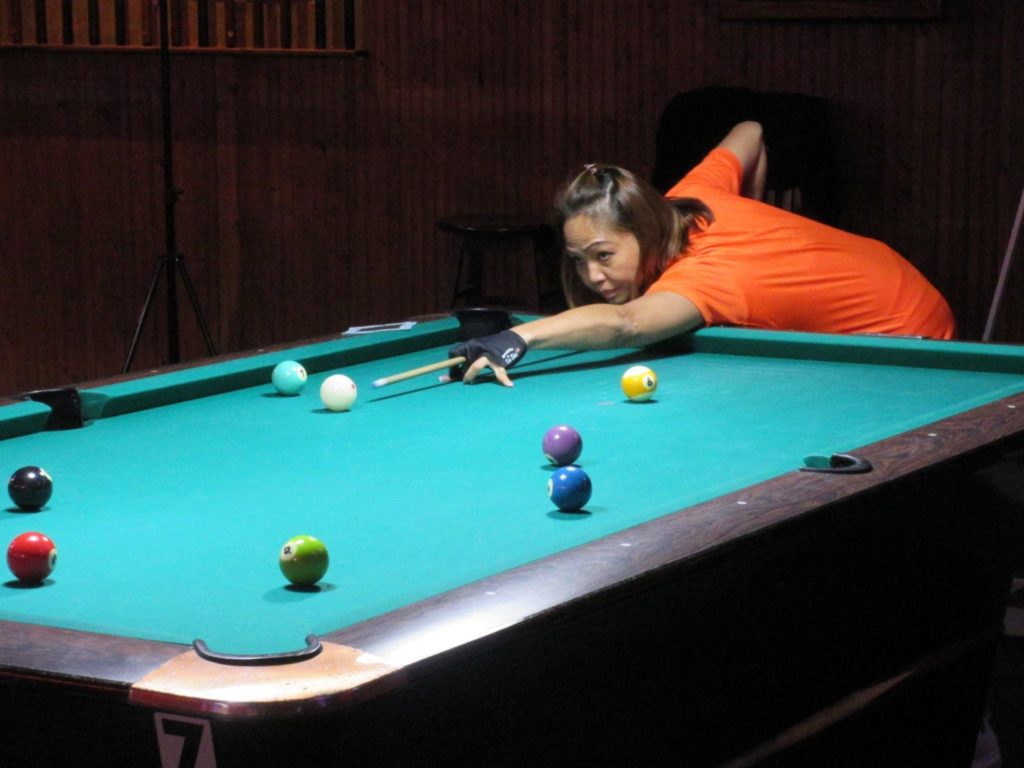 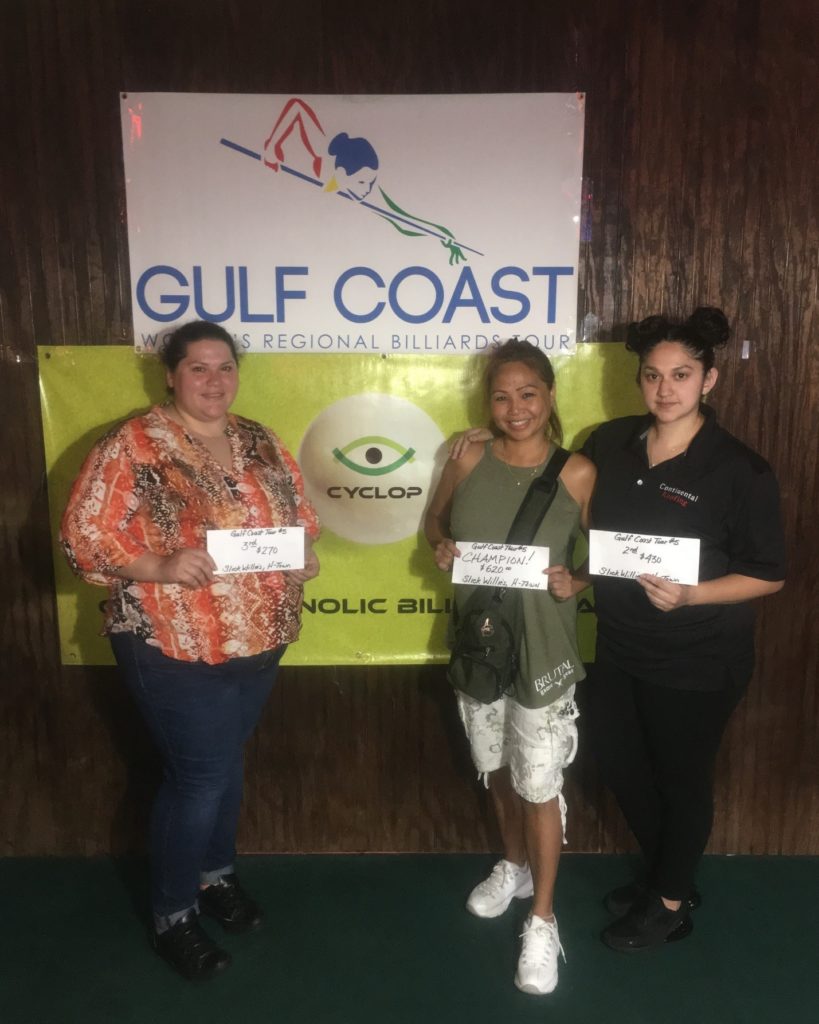 In her Tour debut, Laws graduated to her first hot seat, but was cut short by Tour veteran Ng, 7-2. On the one-loss side, all making the final eight cut, Lawrence finished off Chuites, 5-3, and Putnam, 5-0. Roles upset Rocha, 5-2, but fell to Petrosino. Petrosino blew past Lawrence, 5-1, and Laws, 5-0, to meet Ng in the true, double elimination final. Coming off three strong wins, a determined Petrosino faced off with the veteran player. Ng hit the ground running, and Petrosino failed to keep pace, faltering the first set, 7-3.

Natalie Rocha captured her first, second chance 9-ball event, with newcomer, Verda Jones, finishing second, and Ruth Paine, third. Also new to the Tour, Samantha Laws, finished third in her very first event. The Tour would like to congratulate all the top finishers, and those who reached a milestone during this competition.

The first annual, Gulf Coast Tour Invitational, $5,000 added event, will be held October 31st-November 3rd, 2019, at Skinny Bob’s Billiards in Round Rock, Texas. This is an “invitation only” event. Players who participate on the Gulf Coast Tour, will be eligible for invites, along with a number of other regional tours in the U.S., which will be extended a number of promotional spots, for their players. For more information, please email Kim Newsome at lonestartour@gmail.com. This event is presented by Vapor Fiend, www.onlinevapestore.com, and Cyclop Pool Balls, www.Cyclop-Billiards.com. Sponsors include Poison by Predator Cues, www.poisonbilliards.com, Outsville Billiards, www.Outsville.com, and the APA of North Harris County.

Group and Natalie Rocha photos provided by A8 Photography